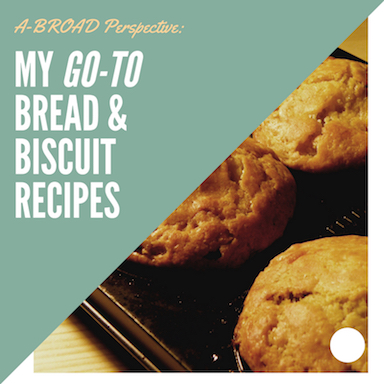 Baking is a brilliant discipline. I take great joy from mixing precise ingredients, watching those ingredients change in the oven and admiring the final product. The process has always been oddly therapeutic, even if my earliest attempts were complete failures. With just a persistent interest in creating treats (and in eating them TBH), I dredge the internet to find recipes I feel confident I can execute with simple steps and techniques to match my skill level.

My urge to bake took shape after my father’s mother passed away. She was an avid baker who often supplied birthday and other special event cakes from her own kitchen in Nassau. I can still conjure up memories of her bustling kitchen from visits long ago. With the birth of my girls, panic about what ingredients and potential poisonous bacteria might be in packaged foods drove me to make most of their food on my own. I pureed many fruits or roasted vegetables in my trusty Baby Bullet. As my children grew, so too did my desire to oversee the ingredients in their food and introduce their palates to a variety of flavors.

Moving abroad and having more time at home has only increased the amount of time I spend finding and testing out new recipes. All baked creations are not as successful as others but the process of baking has been so much fun. Making foods that remind me of home, use up leftover ingredients and entice my kids to eat foods they may not consume on its own, has been a great balance to all of the new bread and cookies we’re sampling outside. Additionally, nothing beats their faces walking in the door after school to a home fragrant with my efforts and when these harsh critics offer a broad grin and an affirming, “Yummy!” after the first bite.

This summer, my curiosity led me to make things that are generally abundant in the U.S. but not as easy to come by in a traditionally familiar form in Bangkok. I’m sure there are International or Western-style restaurants that have these items on menus, but with so much great food in Bangkok – like Thai tea croissants, there are many new contenders for perfect coffee accompaniment.

These baked delights are not only incredibly easy to make, but also really tasty. I wasted no time saving these to my Pinterest board of recipes.

There’s such a vast array of tasty bread and muffin recipes with bananas. I have made a lot of them. Who knew bananas were such a great source of sugar in baking and yielded such a moist texture? A lot of people, judging by the sheer number of recipes.

I was a little tired of the ones I made in the past so went hunting for something new. My search led me to this super fragrant and flavorful bread posted by Family Fresh Meals. This recipe was incredibly simple to execute and the ingredients were everyday pantry items – a huge benefit for me. It isn’t always easy in Thailand to find what a recipe requires at the local grocery store, so it is refreshing when recipe instructions don’t need anything out of the ordinary. Though, with bananas that would never be a problem.

Ok, back to the recipe, which seriously was so simple. I split the batter into two small bread tins to bake so that we could eat one and freeze the other. Out of the oven, the aroma that filled the apartment got me daydreaming about how to make it into a scented candle. I should have adjusted my baking time since I put it into two bread pans, but that extended time in the oven had no effect on the taste. Next time (and there definitely will be a next time) I’ll go for 40-45 minutes.

I love making loaves of bread for the girls. Breakfast, snack time; it’s really just anytime food. This has nothing to do with the fact that I’m an unabashed bread girl, well maybe it does, but that’s beside the point. I can also sneak veggies in, and it’s a good junk food alternative.

Zucchini bread is an excellent example of sneaking veggies into baked goods. I haven’t been able to get the girls to eat zucchini since their pureed food days. Any suggestions? This summer vegetable is not hard to come by in Thailand since it’s used in salads similar to this so I can keep summer vibes going year round.

Like the Cinnamon Swirl Banana Bread, I made two mini loaves. I ditched the walnuts called for in the recipe since one of my kids doesn’t like things baked into her food; to the extent that she’ll even try to pick chocolate chips out of cookies. Wonder where she got this quirk from. Certainly not me…

Additionally I mixed all purpose flour with wheat flour and substituted the sugar for honey, which I learned is not as simple as 1:1. It still came out fantastic.

I’m on an ongoing hunt for the perfect buttermilk biscuits recipe. Anyone who has ever spent time with a Southerner knows that biscuits are a big deal – and folks are particular about them. My Texas transplant spouse is one of them. Regular trips for fast food biscuits, depending on which chain’s version you think is better, is not nearly enough for these buttermilk biscuit connoisseurs. Like chocolate chip cookies, it’s paramount to have a quick and easy recipe to whip up. However, these buttery, flaky gifts – from I don’t know where – are really easy to screw up. So it will likely be a lifelong pursuit for me to achieve buttermilk biscuit mastery.

On this particular day, a longing for some good old-fashioned American food and an urge to use up cubes of leftover frozen buttermilk from this ranch dressing I made in a pinch, led me to research biscuit recipes. Despite my amateur abilities, this recipe did not lead me astray. The buttery goodness did not last more than a couple of days in our home, which is quite an achievement. Mine did not rise quite like the blog photos, but I’m sure I can work on that on future attempts.

Just like buttermilk biscuits, cornbread is a staple in American Southern cuisine – and a must on Thanksgiving menus IMO. It hadn’t occurred to me how attached I was to the Jiffy Mix kind of cornbread until I got to Thailand and couldn’t find it in stores. Eggs and milk are all that is needed with the mix for super tasty muffins but it can also be modified in a variety of ways to good effect. Don’t get me wrong, there are probably other cornmeal mixes for muffins in stores here, but it’s not Jiffy.

So when the craving for cornbread hit, I was really excited to find this buttermilk cornbread recipe due to the aforementioned frozen buttermilk. I didn’t realize until I was making it that I didn’t have cornmeal, but corn flour, which I used instead without it having a significant effect on the finished product. I thought the cornflour actually made the bread fluffier and less coarse, but oh man it was still so, so good. I’m salivating again just thinking about it.

So those were my favorites from the kitchen this past summer when I was thinking of home. What would you make to remind you of home when you are far away?

6 thoughts on “Simple recipes that reminded me of home: My favorite recipes from the summer”