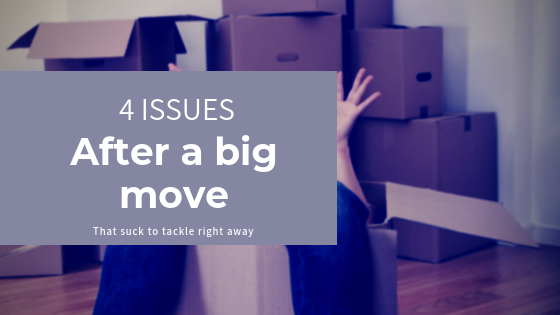 I can probably count on one hand the number of people I know who moved abroad after college. Unlike me, whose childhood invincibility is already on the decline, they were at the height of young adulthood. I’m sure that moving away from the people, and things you know and love are scary no matter your age, but they had the benefit of being childless and full of youthful optimism.

When my husband and I made the decision to move, we resolved to go as far as we were capable. Bangkok, Thailand – approximately 8,700 miles from home – seemed about as bold as we could get, amirite? I mean, living in the U.S. with small children, when would we have the time or money to see that part of the world? Our kids would be in college before we could even consider it.

I’d like to think that being a little older when we moved meant that I had carefully constructed a detailed plan – with contingencies built in. Sounds nice, right? In reality, nothing could have been farther from the truth. The months before we left were bedlam: managing a home in need of renovations (still a work in progress), packing, working, caring for the kids, and every other detail with a fixed deadline. The reality was I just needed to prepare as best as I could, hope for the best and be OK with that.

When the moment of truth finally arrived, my biggest concern (the 20+ hour flight) wasn’t a complete disaster. More on flying long distances with little ones another time. I was fortunate to have my mom join me on the flight and stay with us as we settled in the first three months. Good thing too, because no one could have prepared me for the circus that was our first month. Regular things one would generally take for granted felt like an episode of “The Amazing Race.” These are the top four from the first month and how we got through.

Looking back, it really wasn’t as bad as it seemed. That’s the beauty of hindsight right? Everything can feel overwhelming before and directly after a significant change. Things are bound to fall through the cracks. You may even question why you uprooted your entire life, but it’s ok. The doubt, the worry, the fear – they are all ok. They’re necessary even to triumph in what you’ve ultimately accomplished.